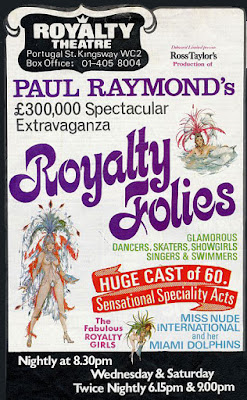 The Royalty Folies (later to be renamed The Great International Nude Show) was staged at the Royalty Theatre London in Holborn by Paul Raymond owner of the then famous Raymond's Review Bar. The animals were house in 10,000 gallon tank which weighed 65 tones. The two dolphins were called "Pixie" and "Penny" and they remain at the theatre for the 12 week run of the show from April to June in 1974. The animals were trained for the show over-winter at the Porthcawl Dolphinarium. They were relocated first to the dolphinarium at Woburn and then to the dolphinarium at Flamingo Park Zoo in Yorkshire. The show closed due to financial loss and not due to adverse criticism cited below in A Review of Dolphinaria.

Paul Raymond's life was portrayed in a 2013 drama 'The Look of Love' and features the 'Royalty Folies' and mentions the dolphins inclusions in the show.

There is an urban myth that the theatre - which is now named the Peacock Theatre - is haunted by the ghost of a dead dolphin. However, only two dolphins where ever held at the theatre and neither died during their time there. When the show closed, the animals were in fact sold by a company Jervale Ltd that had leased the dolphin pool at Flamingo Park (now Flamingoland) in Yorkshire from 1975 until early 1977. They were then sent on a misguide tour of the Far East to Taipei, Taiwan and returned to Flamingo Park after 9 months. Unfortunately both animals died in 1977 from a viral skin disease that vets believe they acquired in the Far East.

The dolphin act was part of a Paul Raymond nude review and is said to have had a short run due to adverse criticism. The famous 'dolphin strip tease' appears to have been accomplished by training the ;animals to press quick-release fasteners and the swimmers to position themselves appropriately; not by soaking the bikinis in fish meal or by hiding pieces of fish in the costumes. Trainers: Mr D. Garcia and Mr J. Dineley. 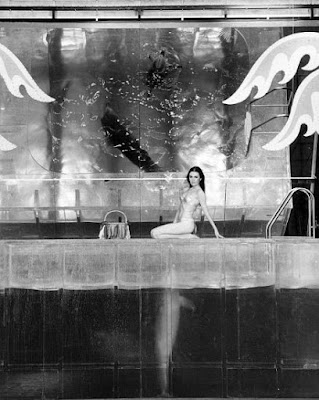 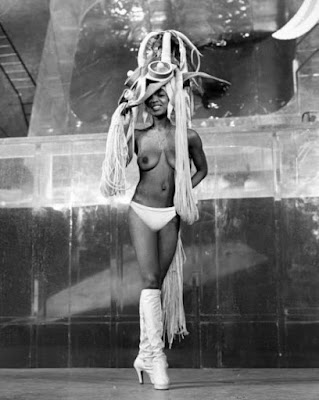 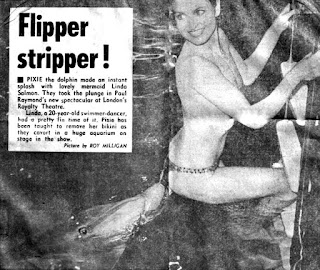 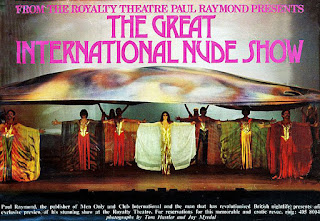 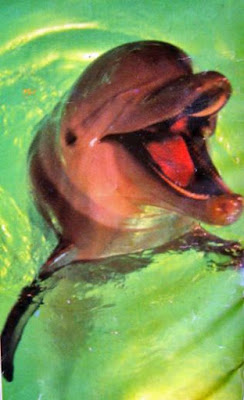 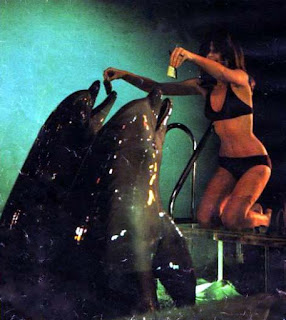 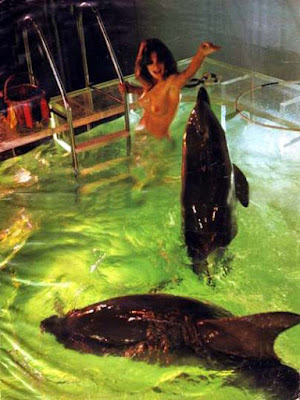 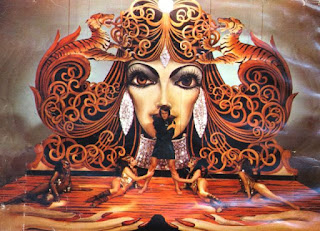 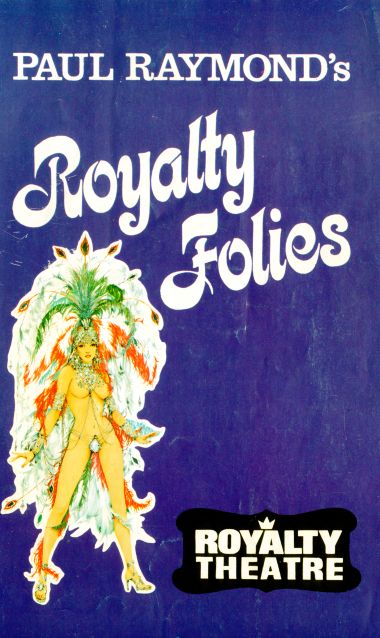 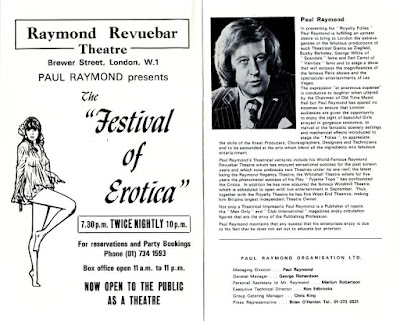 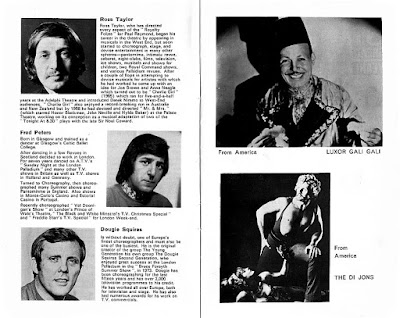 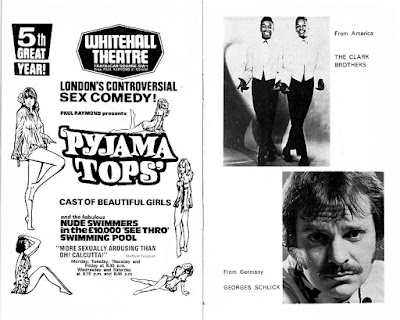 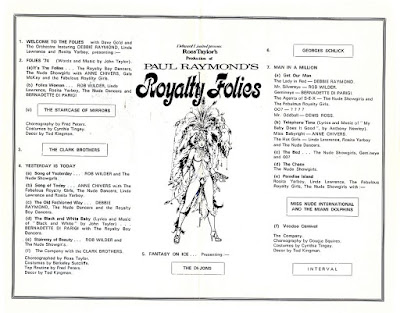 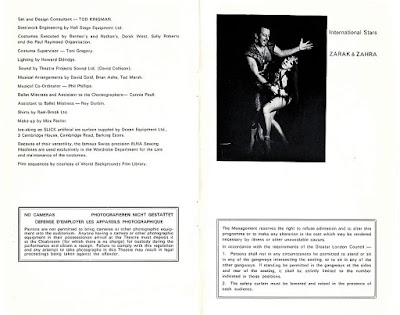 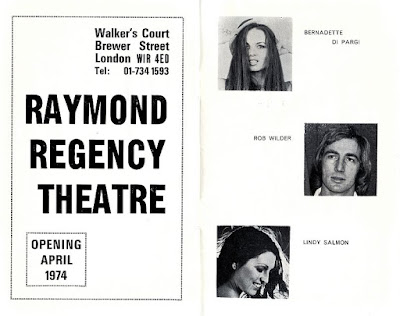 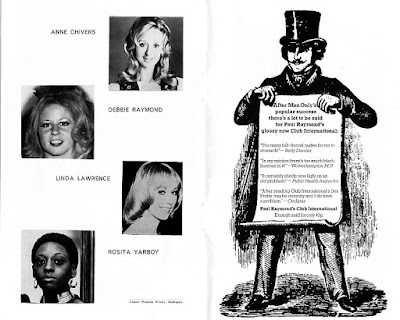