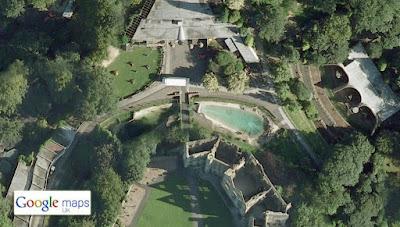 Dudley Zoo spent a period of time owned by Scotia Leisure who also at this time owned Flamingo Park. The dolphin and whale pools were the modified sea lion pools.  The walls being built up to create more depth.
However, these plans fell foul of the local planning laws and the zoo was ordered to return the pools to the original state. The converted sea lion pools were in fact part of a number of  listed buildings at the zoo designed by Berthold Lubetkin and the Tecton group between 1936 and 1937. Lubetkin - Tecton were also the designers of the London Zoo penguin pool. 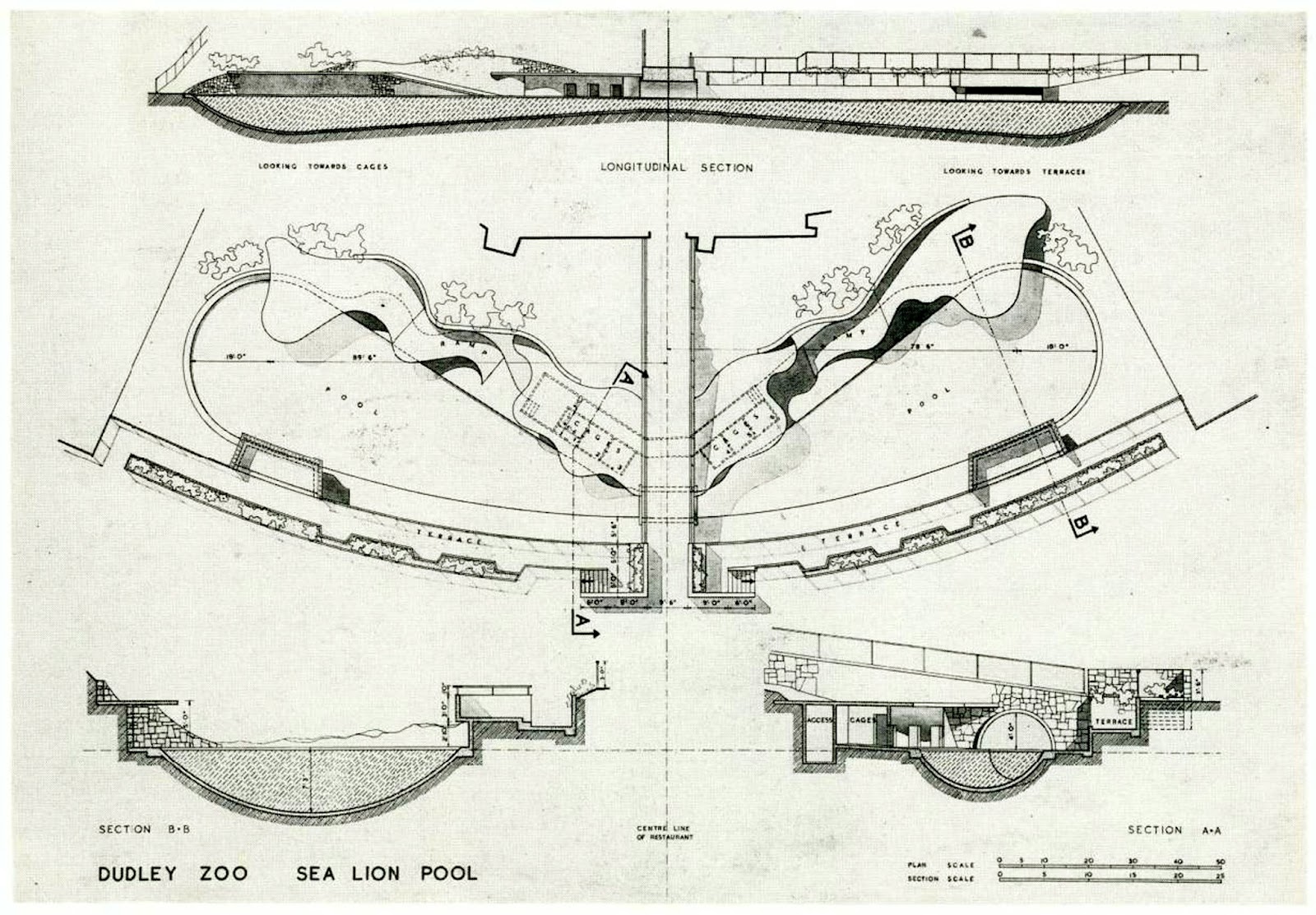 The above schematic is of the original design for the sea lion pools at Dudley Zoo courtesy of the web site of The Conservation of Tecton Buildings group.
As the zoo was not prepare to invest in new purpose built pools the whale 'Cuddles' was put up for sale. Sadly the whale died 6 February 1974 before being moved from long-term gastro-intestinal problem. The pools were return to their original design and now house sea lions.
The Google map below shows the two pools, the whale pool was on the right-hand side.

A Review of Dolphinaria states:
The outdoor whale and dolphin pools were adapted from sea-lion pools in the castle moat. The roughly pear-shaped whale pool was about 15.24 x 6.1-10.67 x 3.66 m deep and the adjoining dolphin pool larger, but shallower, only one part being 3.05 m deep. The dolphins wintered at Flamingo; the killer whale may have remained. Dolphins may have been present in 1975. The female bottlenose dolphin, Winkie, from Scarborough was to have performed at the opening, but she died earlier at Scarborough. 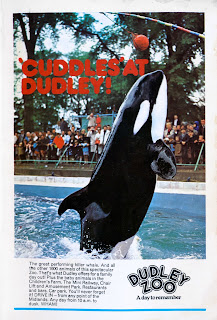 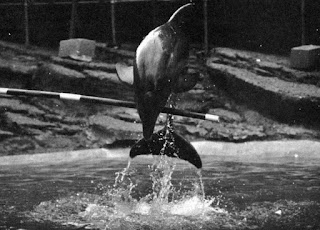 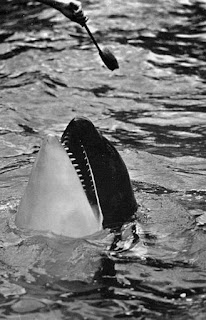 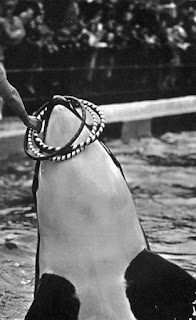 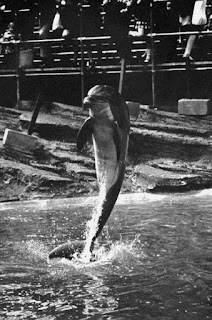 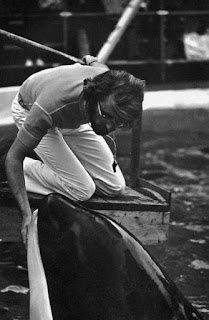 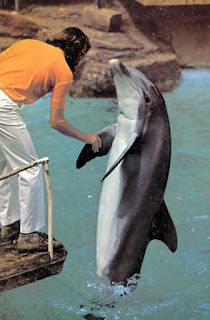 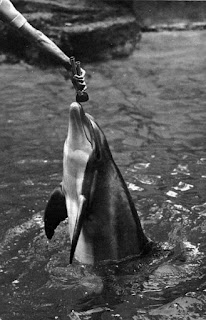 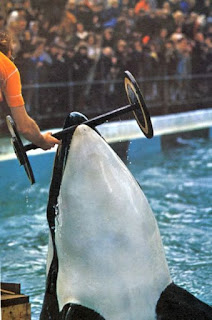 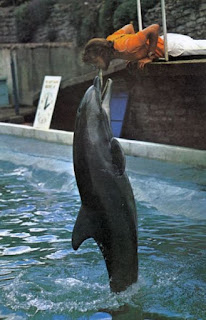 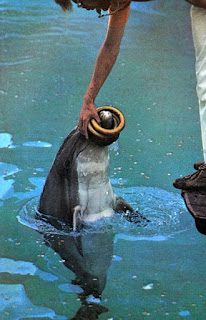 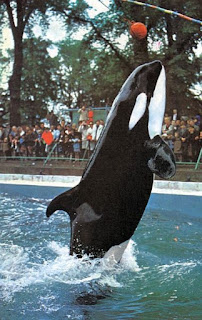 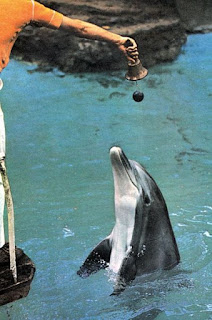 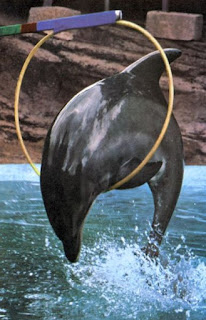 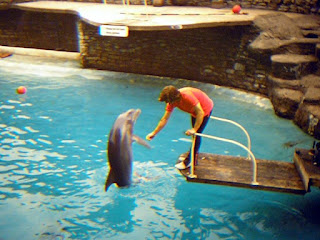 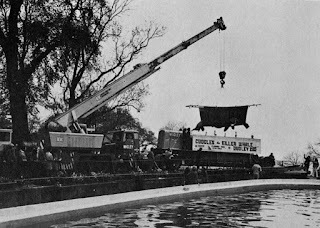 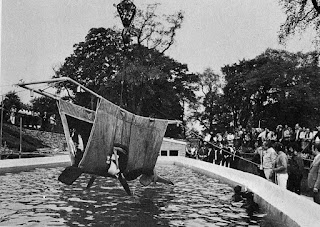 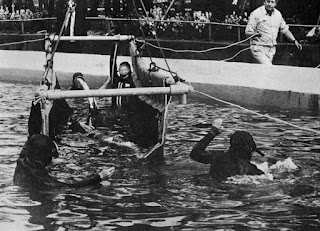 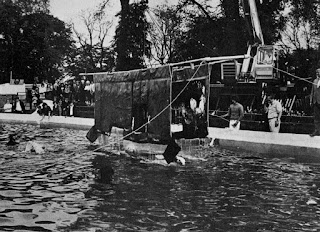 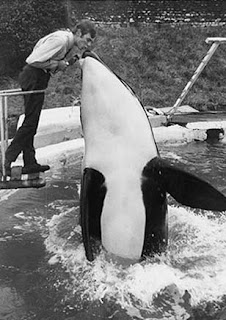 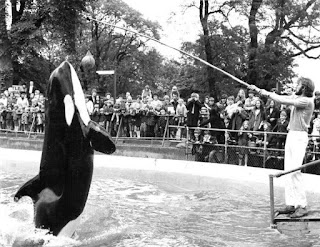 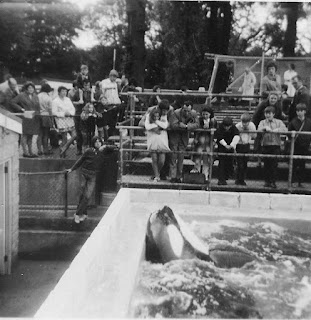 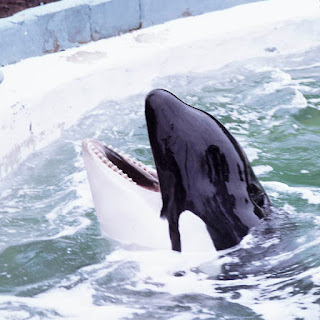 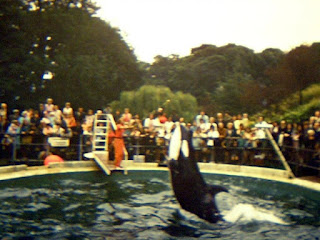 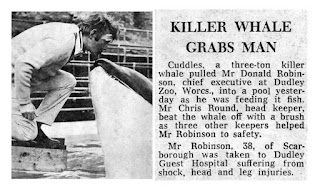 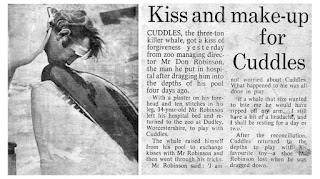 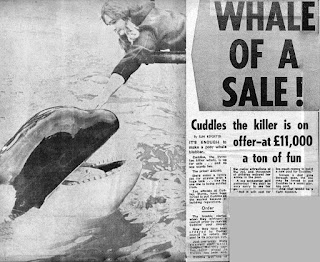